Anybody who has any kind of interest in setting world records, knows about the story of Roger Bannister, the first man in history to break the “four-minute mile.” But do you know about the legendary copywriter who became the very first person to break the “1 million dollars in under 24 hours” record? That man’s name is none other than the A-list copywriter Michel Fortin. He broke that record by writing the sales letter for the launch of John Reese’s “Traffic Secrets” back in 2004, but few people know about the wild story behind it! See, Michel was hired to write the sales letter for what would be one of the largest product launches of all time. He spent an entire month trying to plan, write and perfect the 75-page sales letter.

With just 72 hours left right before the launch date, Reese wrote back and asked him to re-write the entire thing…FROM SCRATCH. Talk about a tight deadline and an incredible amount of pressure, all while being at an important copywriting seminar! Long story short, Michel managed to pull it off and they sold $1,080,496 in just 18 hours.

While the record has been broken several times since that date, and Michael is widely hailed as a copywriting icon for his ground-breaking achievement, the real question isn’t how he wrote it. The wise man will dig deeper and ask what was going on in John’s mind. How did John develop and hone the instinct to KNOW that re-writing the sales letter would be the right choice? Even though John was already a fantastic copywriter and didn’t do the writing himself, what allowed him to know what a high-converting sales letter looks like?

More importantly…how can you be just like John Reese? How can you scout out good copywriters, re-direct them towards making improvements, and fire the bad ones before they end up ruining your business?

I’m certainly no John Reese myself (not yet, at least), but I can definitely share my years of experience in working with tons of copywriters. I’ve had the privilege of working with some truly amazing people who I have kept around – and will continue to work with – for the foreseeable future. I’ve also had to fire a lot of bad apples. It took me a lot of time to find all the early warning signs in people who later turned out to be unreliable, whether through their lack of professionalism or a straight-up inability to produce the results I was looking for.

What I’m about to share with you are just a few golden rules that I keep in the back of my mind whenever I am looking for copywriters to hire, or evaluating the copy they sent me. They’ve definitely helped me make better hiring (and copywriting) decisions, and I’m confident that they’ll do the same for you.

Is the copywriter a PROFESSIONAL? Sounds like a rather silly question to ask, but most people underestimate how important this is. I WILL NOT work with a copywriter who cannot do the following:

Believe me when I say that I have had to turn down many brilliant copywriters who could not maintain a decent sense of professionalism. They might be amazing at what they do, but it’s a constant hassle to scout down unreliable people. With this criteria alone, you can effectively eliminate a large majority of people. Even when I find somebody who I am confident will deliver the goods, I always try to do a reference check.

For example, when I hired a brand new copywriter on Upwork, the first thing I did was schedule a Skype interview. I want the confidence of knowing that I can see a real live human being behind my screen, and that we get along on a basic level. I also make sure I have another means of keeping in touch with them.

Next, I checked to see if we had a mutual contact, somebody who I happened to know very well and whose opinion I respect. I asked them to tell me anything they knew about the copywriter with respect to their writing ability and their decency as a human being. Luckily for him, he passed the test.

Other individuals who I have vetted in the past, came up with red flags reported by other people, which in hindsight, saved me an unbelievable amount of trouble.

Personal, unbiased (and unforced) testimonials from people who have worked with the copywriter will tell you far more than a well-polished website that does nothing but sell and highlight their skills, credentials and achievements.

I always go above and beyond in providing my copywriters with instructions that are ridiculously easy to follow. Without fail, almost all of my confusions have always come from unclear instructions and statements, whether from myself or the copywriter. My experience is that high-quality work can be done at a surprisingly fast pace when everybody has the same understanding.

Whenever a copywriter has questions about anything I’ve told them and need extra clarification, I make sure to respond as soon as possible. Communication is ultimately a two-way street in which both parties need to put in the effort to make the relationship work. I’m always willing to do more on my part, but if I see that a copywriter continuously refuses to pull their weight, I start second-thinking my decision to keep them around.

Educate your copywriter on your BUSINESS and your PERFECT PROSPECT

The #1 mistake I see copywriters making is when they try to write copy for a business without having a deep and intimate understanding of the business itself. Before you hire a copywriter to work on any of your upcoming projects, pay them a small fee to personally invest in your business and understand exactly who they are targeting. Don’t hold back – provide them with everything you have. The more information you can provide, the easier their job will be.

I’ve had so many copywriters thank me non-stop for providing an incredible amount of detail. Too often, they’ve struggled to write for clients who provide them with next to nothing and expect copy that works like magic in return.

What is the message that your CUSTOMER WANTS TO HEAR?

You might have a message in your mind that you WANT the customers to hear, and so too does your copywriter. But do your CUSTOMERS want to hear the message? Does it truly resonate with them and solve their deepest fears and insecurities? Does it inspire them to pursue a fantasy that would only be complete if they simply had your product or service?

This is a simple question that is extremely difficult to answer. To tell you the truth, in order to get better at answering that question, it takes a lot of real-world trial and error. When you start off, you’ll have times where you are right on the money and you nail the promotion. Other times, you’ll completely miss the mark and be left wondering why your ad failed to convert and generate sales.

No matter the outcome, you must always engage in some deep self-reflection and ask yourself why your message succeeded or failed. What was your thinking process behind creating the message? Was the message itself focused on one specific outcome, or was the overall theme unclear and scattered in multiple directions? It is only through extensive brainstorming and testing alongside your copywriter that you will find the answer you seek.

Does your message PISS PEOPLE OFF? This is an amazing tip I took from legendary copywriter Dan Kennedy when he talked about crafting and polishing your marketing message. Too often, people think that the aim of the game is to make as many people happy as they possibly can. WRONG! When you market to everybody, you end up marketing to nobody. If you have a couple hundred cold-blooded killers who will stick to your side no matter what, that is immensely more powerful (for your short-term and long-term profitability) than tens of thousands of people who “kinda” like you. Long story short, if you haven’t offended anybody by lunch time each day, you aren’t trying hard enough. Pissing people off, believe it or not, is the best way to see who wants your products and who doesn’t.

Pay your copywriter FAIRLY and ON TIME for their work

Common sense, sure, but it’s worth repeating. I will always pay generously, and on-time, to copywriters who consistently show up and provide the work. Having provided multiple marketing services myself, I know what it feels like when clients don’t pay me when they promised and delay it for up to weeks at a time. I want each and every person to know that they will ALWAYS get paid when I say they will.

Your word is your bond, both for you and the copywriter. I schedule my deadlines and timelines around what the copywriter tells me, and I expect nothing less than for them to follow through. Emergencies and “life” situations once in a while is one thing, but repeated failure to deliver the work multiple days after a deadline is another thing.

WRAPPING IT ALL UP

As you can see, my outsourcing process isn’t based on several tiny technical rules that I need to keep on a long checklist. It all boils down to a few fundamental principles that consistently lead to the greatest amount of success in working with copywriters and having the guts to know when things need to be changed. Reading these principles and memorizing them in your head will not be enough for you. You have to APPLY and LIVE these principles out each and every day. That is the only sure-fire way I know towards successfully working with copywriters around the globe. 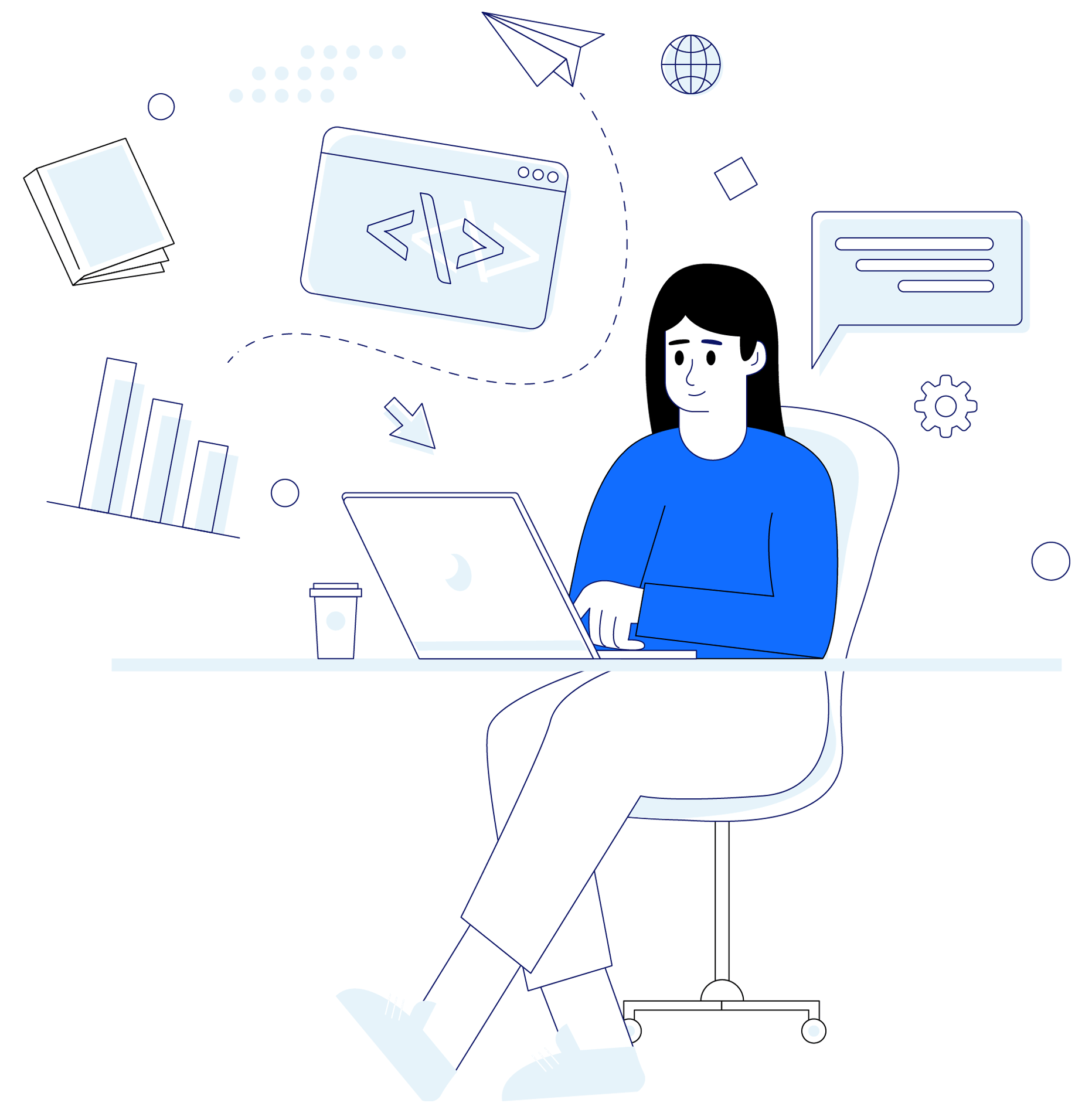 …then when we show you the final version of your website – if you are not head over heels in love with what my team and I created – I’ll give you all of your money back plus $1,000.

A business can only make such a guarantee when they have supreme confidence they can deliver. And I’m extremely confident when you allow my team and me to build your website, we’ll over-deliver.

Best case scenario: You get the website of your dreams.

Worst case scenario: You get all your money back with our 100% risk-free guarantee.